The high producing dairy cow faces many challenges in regards to their health and performance. The most important of these is reproductive performance, which can drastically impact cattle performance, productivity and dairy farm profitability.

“Reproductive failure has been identified as the most prevalent reason for involuntary culling globally. The financial impact is significant, due to milk losses as a result of low fertility rates and culling, as well as the cost of replacing the animals”.

The cost associated with replacing a mature cow with a new heifer, taking into account the loss of milk production and calf profits is estimated to be nearly £1800. Therefore, increasing the productive lifespan of the high producing dairy cow is fundamental. “At the recent American Dairy Science meeting, Dr Albert de Vries, from the University of Florida highlighted that a productive lifespan of 5-6 lactations was a minimum target.” 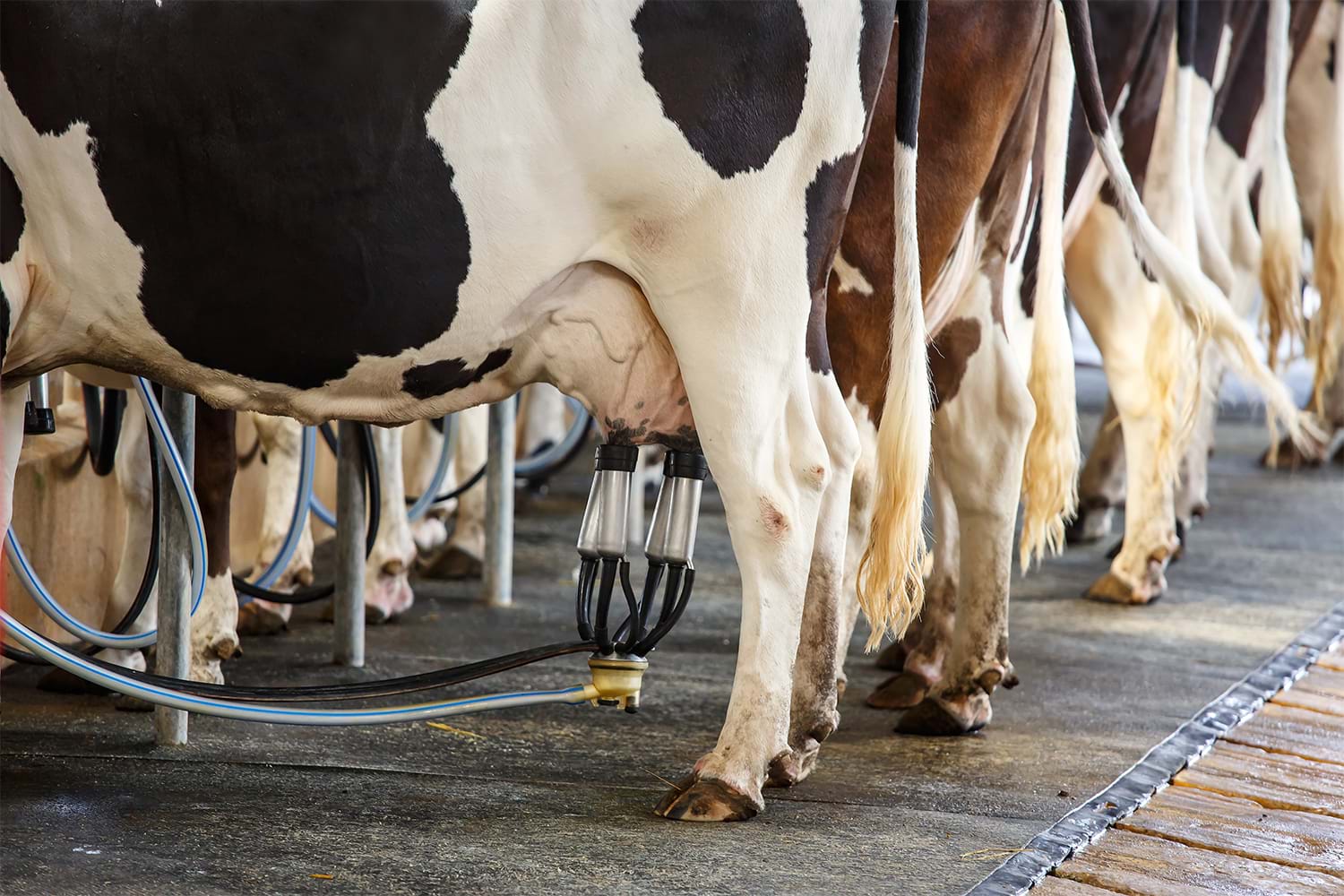 “Conception rates of under 30% are all too common in modern farming systems, whereas a target of over 40% should be achievable”, suggests Mr Wilde. A recent study by Wiltbank (2016) demonstrated that whilst 80% of inseminations were successful and resulted in a fertilised egg, by day 28 post-insemination, only 50% of cows were actually pregnant. By day 42, this was reduced to 38% as a result of early embryonic mortality.

After ovulation, the hormone progesterone is produced to maintain the uterus ready for implantation of the fertilised egg. “There is a window of just 14-16 days for the fertilised egg to successfully implant”, explains Mr Wilde.

The hormone interferon tau (IFNτ) is produced by the embryo and is the signal for the maternal recognition of pregnancy in ruminants. IFNτ acts to inhibit the release of prostaglandin (PGF2α), a hormone that would otherwise cause the pregnancy to terminate. However, Mr Wilde explains that it takes around 12-13 days for the embryo to develop and grow large enough to produce the hormone IFNτ. “If too much PGF2α or insufficient IFNτ is produced, then pregnancy is not recognised, leading to the termination of the cycle and a return to oestrus”. 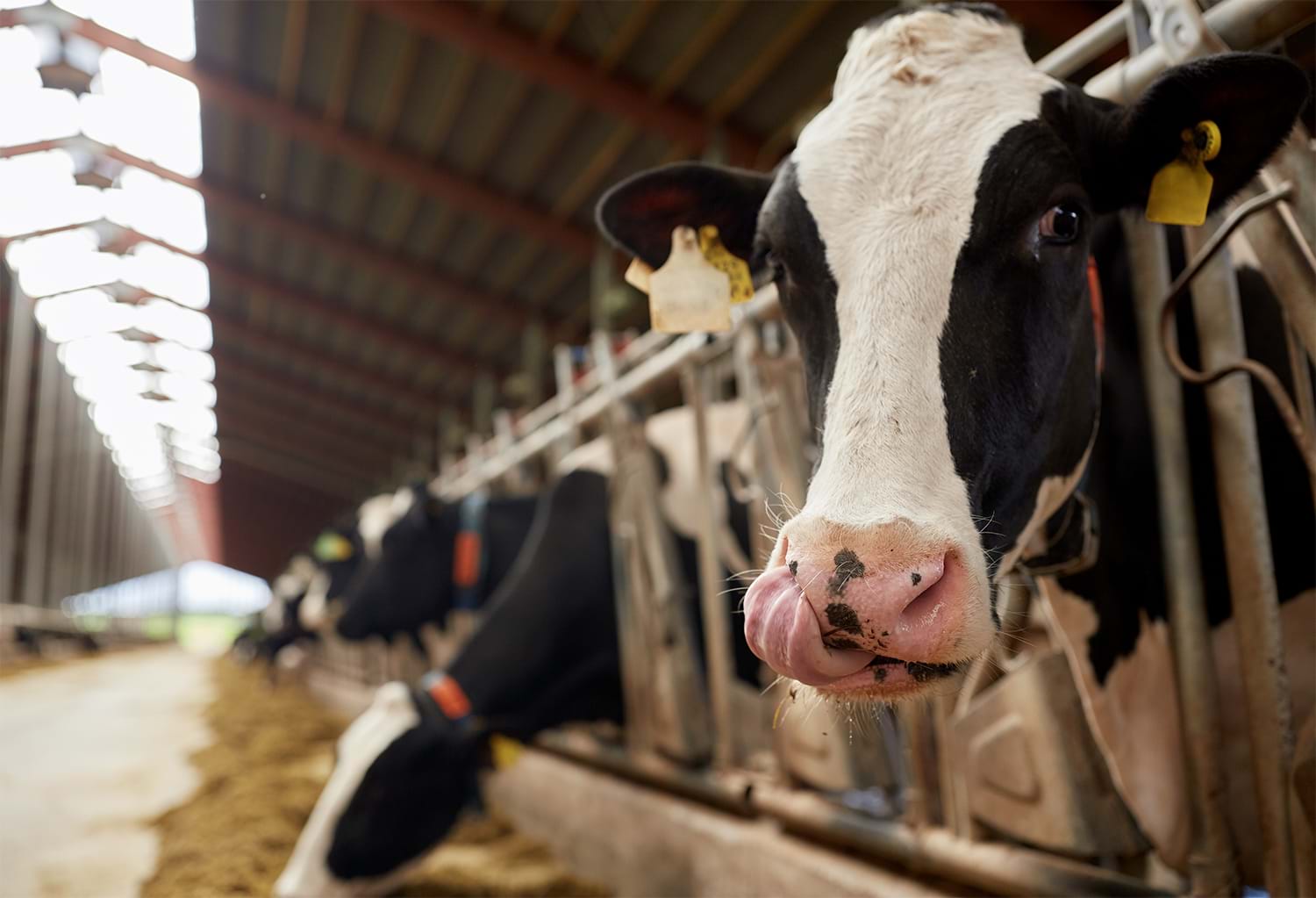 Whilst there are numerous factors that impact dairy cow conception rates, including: genetics; management; housing; stress, one of the most important influencers is nutrition. Mr Wilde stresses that:

“nutrition can have a direct impact on the fine hormonal balance within the dairy cow, which in turn can determine the success of insemination”.

“Many forages and feed ingredients are naturally low in omega-3 fatty acids, therefore addition of a supplement high in these essential fatty acids can be beneficial”, Mr Wilde explains.

A trial conducted by the University of California Davis in conjunction with Anpario was undertaken to determine the effect of omega-3 fatty acids EPA and DHA on high-yielding dairy cow fertility and milk quality.

300 multiparous, lactating dairy cows, producing more than 50kg milk/cow/day, were assigned to one of two dietary treatments. This was either a control diet, consisting of a basal TMR, or the same base diet supplemented with Optomega® Plus at 160g/head/day.

The cows were artificially inseminated following a double-OvSynch programme for 1st service and, if unsuccessful, a single-OvSync programme for 2nd service.

“The cows were from a high performing dairy herd with conception rates above 50% to 1st service, therefore we did not expect to see a substantial improvement here”, states Mr Wilde.

“However, the supplementation of TMR with omega-3 fatty acids EPA and DHA increased conception to 2nd service by almost 10% which is a fantastic result” (Figure 2).

The trial also demonstrated an 18% increase in the ‘relative risk’ of a cow becoming pregnant.

Figure 2. The effect of EPA and DHA on conception rates of a high-yielding dairy cow (Robinson et al., 2018).

The fatty acid composition of the milk from these high yielding cows was also assessed, to determine the benefits that dietary supplementation with omega-3 fatty acids EPA and DHA offered.

“An increased beneficial fatty acid composition in the milk was achieved, whilst the proportion of saturated fats in comparison to unsaturated fats was reduced” conveys Mr Wilde.

The overall “Health Promoting Index” of the milk was also improved when considering human consumption (Table 1.)

Table 1. The effect of EPA and DHA on key components of the milk fatty acid profile.

Nutrition specialist Jerry Trowbridge from Lakeland Scottish Feeds & Services has been working with the product for over a year with many of his dairy clients.

“The feedback from the farms has been very positive indeed, with all the farms who started still including the supplement in the cows’ diets” he states. “In fact, on one farm, we added just 120g per cow per day and, against recommendation, 500g of a calcium soap product was removed, with no loss in milk production and fertility improved in line with the California study.”

This may, in part, be due to better palatability of the ration as well as the known effects of EPA and DHA on the mammary gland’s ability to secrete milk.

Mr Trowbridge is now recommending all his clients to incorporate these essential fats in to the rations to ensure fertility is not compromised, especially at a time where palm oils are being removed from diets.

“Simply supplementing your herd with sustainably sourced omega-3 fatty acids, such as EPA and DHA has been shown to improve conception rates and overall herd pregnancy rates. In turn, this will help to cost-effectively reduce the involuntary culls due to poor fertility. At the same time, the milk will be naturally higher in beneficial fats, good for the calves and for us”, concludes Mr Wilde.

Have questions? Get in touch with us at info@anpariodirect.co.uk.

Return to Results
Are you looking for
Anpario Australia?